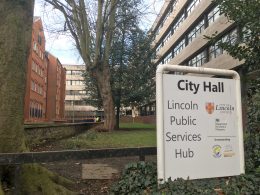 A mystery Lincoln resident owes more than £20,000 to the city council in unpaid council tax, new figures have revealed.

Data released to LSJ News in a freedom of information request shows the scale of council tax debt in the city.

By the end of 2018, the city council had issued more than 3,000 liability orders against residents.

The most amount owed by an individual account holder was revealed to be a staggering £10,091.75 although the council says that “this person has other debts for council tax and these total £20,775.37.”

Will Berrington, PR Officer for national debt charity, Step Change said: “Council tax is 100% the biggest type of debt we see, mainly it’s because it’s a debt that everyone has to have.”

The charity says that since 2015, nearly a third of its clients who are responsible for paying council tax were behind on payments.

Since April 2013, local authorities in England have been responsible for running their own local schemes for help with council tax through Council Tax Reduction Schemes (also known as Council Tax Support), this replaced the central government-controlled Council Tax Benefit system.

“With local funding dropping and council tax support being put into the hands of local councils we’ve seen and increase since then of people in arrears,” said Berrington. “We’ve been seeing average arrears increasing since 2011 anyway so we can’t be sure there’s a direct correlation and it’s not the only reason for the increases, but the introduction of Council Tax Support has something to do with it.”

Speaking on the subject of the mystery resident’s large debt, Berrington said: “We can help someone no matter the level of their debt, there always should be a solution available.

He added: “I would say that if someone is getting into that level of debt where it’s in the tens of thousands of pounds, they should definitely contact a reputable debt charity because we can talk them through the options, it’s never unmanageable once you’ve got expert advice on your side.”

Celebrating love or celebrating capitalism? Lincoln’s residents have their say